Why I Love Donald Trump 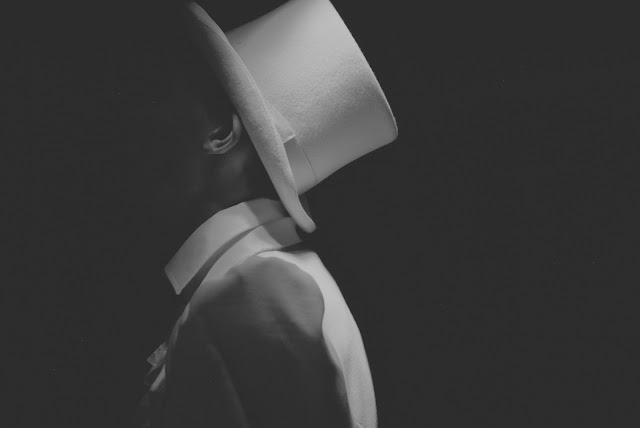 “Jesus, they say, was an impractical idealist.”—Martin Luther King Jr.

“Do I not destroy my enemies when I make them my friends?”—Abraham Lincoln

I have a draft of an essay on my computer that is simply titled “Trump.”  It is angry. To give you an idea of its central theme, it begins by hypothesizing that if I were wanting to become absolute dictator of America, the first thing I would do is get the Evangelicals on my side. If I just gave them what they want—and say ban gay marriage and outlaw abortion—they would be my most fervent and loyal supporters. Not at all concerned about my seizure of power, the wars I caused, or any number of human rights violations I might enact.

The essay goes on to say that those Evangelicals that support Trump—not the hand-wringers that voted for him only because of a distaste for Clinton, but those that repeatedly insist he is a Godly and righteous man, divinely appointed for this time—have lost all moral credibility in my eyes because it seems, at least from the outside, that these people have all traded in their core moral principles in exchange for the illusion of political power. And everyone can see how they are getting played, except themselves.

And though all of that is indeed angry and fear based and lacks a lot of nuance and over-simplifies some things, it is not totally inaccurate either.
It is a worthwhile conversation to be having. Christianity is being changed by politics and we cannot discuss religion without looking at the giant Republican elephant in the room. Luckily that conversation is happening and is being discussed by people much smarter and more diplomatic than myself.

And it is good that other people are targeting these issues, because every time I try to, I find myself deeply uncomfortable. The little vine of faith that’s crawling up the wall of my soul starts tingling. It is a feeling that I would use to refer to as conviction. And that tingling is always accompanied by a rather clear thought:

I am supposed to love Donald Trump and everyone who supports him. This is not a feeling I like, but one I know to be true.

This is not the first time I have experienced that unpleasant tingling sensation. On the night of September 11th, 2001, my church held a prayer vigil. I remember sitting towards the back of the church, praying for the victims’ families and first responders, when a question popped into my head that I have still not been able to shake:

“How much does Jesus love Osama Bin Laden?”

It’s a hard question and led to some uncomfortable conversations with other believers. And I continued to wrestle with it for years even though I instantly knew the answer to the question. Jesus loves Osama Bin Laden (and murderers and pedhophiles and dictators) just as much as he loves me.

But this created conflict with the tone that I was hearing from major Christian leaders, who brimmed with American nationalism and treated the war on terror like it was a holy war. I began to wonder if God ever favored a particular nation state to the exclusion of his command to love every single human. Or, as the singer David Bazan, recalling the old children’s song, said, “red and yellow, black and white, all are precious in his sight, but who does he root for in a fight?”

And no, I am not saying Donald Trump and the Republican party are the same as Osama Bin Laden, or ISIS. He is totally the same as Biff from Back to the Future though. That character was based off of him. And I think those personality traits are enough when discussing loving our enemies and the ones who mistreat us.

If you are a Trump supporter, I really hope that I am not accidentally demonizing you in my attempt to explain the importance of loving you. I don’t believe you are “the enemy.” But if we are going to be friends (and I really do hope we are), we should probably get it out there that I stand in opposition to almost every aspect of the worldview and policy of this administration. If you want to talk about it sometime, I am sincerely interested in hearing your perspective.

But really, what I am really trying to get at today is the importance of loving those who you are opposed to are who you believe are out to do you harm. Trump just seems to be the most pertinent example at the moment.

The concept of loving one’s enemies is not only central to the concept of the Christian faith but every religion that I am aware of.

The Qur’an tells us, “A superior being does not render evil for evil; this is a maxim one should observe; the ornament of virtuous persons is their conduct. One should never harm the wicked or the good or even criminals meriting death. A noble soul will ever exercise compassion even towards those who enjoy injuring others or those of cruel deeds when they are actually committing them--for who is without fault?”

Gandhi said, “It is easy enough to be friendly to one’s friends. But to befriend the one who regards himself as your enemy is the quintessence of true religion. The other is mere business.”

And there is good reason for this commandment. Martin Luther King Jr. said, “Upheaval after upheaval has reminded us that modern man is travelling along a road called hate, in a journey that will bring us to destruction and damnation. Far from being a pious injunction of a Utopian dreamer, the command to love one’s enemy is an absolute necessity for our survival. Love even for enemies is the key to the solution of the problems of our world. Jesus is not an impractical idealist: he is the practical realist.”

As I am sure you have seen on your Yoga studio’s Instagram feed, “hate cannot drive out hate; only love can do that.”

Moreover, there is a command to love one’s enemies because of the effect it has on us as individuals. Again, Dr. King points out that “hate scars the soul and distorts the personality.” And this is something now backed up by medical science (or at least pseudo-science). Holding on to anger and hate for another can cause you physical harm, while living from a position of compassion can improve your health.

And this brings us back to Mr. Donald Trump.

As you might have guessed by now, I think the man and his entire administration is highly authoritarian and very bad for our country. He also doesn't seem like a very nice man.

But I am trying my absolute best to love him. I am trying to cultivate compassion for him by seeing his life in context. He was raised by a cold and brutally competitive father who taught him that the world is broken down into “winners” and “losers.” A father who made it clear that only “winners” were worthy of love. I have compassion for the fact that he never seems to be happy or really enjoy himself. It seems his entire life is consumed by possessing more and more for himself, but never finding contentment. Donald Trump is the example of what actually happens when you gain the whole world and yet lose your soul. And that is painful to watch because of how easily that could be fixed if he just learn some humility and compassion and gratefulness. As Henry Kissinger once said of Nixon, "Can you imagine what this man would have been had somebody loved him?”

but note that none of this excuses him. A lot of us (especially those of Trump's generation) had cold and uncaring fathers.  No matter what we have been through, we are still responsible for our actions and decisions. And Mr. Trump and his administration need to be held accountable for what they have done and will do. But no matter what they or anyone else has done, we have a choice in how we respond. It is my position that the best way to respond is always in love.

Now you might be thinking, this is all easy for you to say. And to you, dear imaginary reader, I say yes. It is easy for me to say. I am a straight cisgendered white guy in America. I am not the target of anyone’s systematic oppression. I feel safe when I am pulled over by the police. I am safe when I walk alone at night. I have the option to stand against social injustice as well as the option to just blend in with the crowd.

It is a very different situation for our black, immigrant, trans, Muslim, latino, and disabled brothers and sisters. It seems an impossible thing for me to love, even inside the luxury of my social position, I cannot at all speak to the difficulty in loving a person that is actively seeking to do you harm. This will always be harder for you.

Which is why I have spent the morning reading Dr. Martin Luther King. Every quote from him in this essay (including the one on your yoga studio’s Instagram feed) come from a 1963 sermon entitled “Loving your Enemies.” I cannot recommend reading it enough.

As Dr. King said, “We should be happy that he did not say, ‘Like your enemies.’ It is almost impossible to like some people. ‘Like’ is a sentimental and affectionate word. How can one be affectionate toward a person whose avowed aim is to crush our very being and place innumerable stumbling blocks in our path? How can we like a person who is threatening our children and bombing our homes? That is impossible. But Jesus recognized that love is greater than like…”
We must recognize that love is confrontational. Not in the sense of winning a war or proving someone wrong. Love confronts in order to transform. Love confronts in order to stop someone from hurting others. Love cannot stand by while you destroy yourself with anger and fear and hatred. Love will intervene. Confucius said that the best way to help an oppressor is by “hindering them from doing wrong.” Love remains in constant resistance to hate, and always transcends it.

And very importantly, love does not give people permission to continually abuse you. Love is not the same as tolerance. Sometimes the most loving thing you can do is cut someone out of your life.

Dr. King has some solid steps in regards to loving our enemies. He says we must develop and maintain the capacity to forgive; recognize that our enemies are not totally bad and are not beyond the reach of redemptive love; and seek not to defeat or humiliate the enemy but to win their friendship and understanding.

I am an impractical idealist. I know this. I know how hard of a thing it is to look to the person who is so angrily opposing you and respond to them with patience and love and a desire to know where it is that they are coming from. But I believe it is possible. I believe it is worth the effort. Look at our history. Look at who we are now as a nation. We have seen what bitter fighting and divisive hate have accomplished. It is not hard to see that this will just continue to get worse. It is time for a change.

We cannot expect for our enemies to change on their own. We must take the first step. We must love in the face of hatred. It has to begin with us.