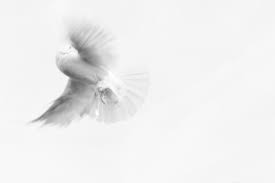 God Stories is a weekly segment where people from every possible location on the spectrum of faith tells the story of how they got there. They do not necessarily represent the views of the blog as a whole. If you would like to share your story, please see the submission guidelines here.

It wasn’t just the church that was absent when I was molested behind the bushes by a homeless man after Sunday night service at the age of 6.
It wasn’t just the church that let me down when my former wife had a miscarriage and my marriage finally fell apart.
It wasn’t the church that failed to show up when my father died at 56.
The church wasn’t absent when I wrestled with soul crushing clinical depression for about 6 months.
I’m not saying the church is perfect or that I’ve never been hurt by Christians. I have. However, my problem is not with the church, it’s with God. I buried God a week after I buried my father. I didn’t leave the church until well after that. I still go from time to time and miss the sense of community it offered. I haven’t been able to find it elsewhere since.
I just wanted God to be the the person I told others he was. Personal. Intimate. Available.
He’s been completely silent now for exactly 20 years. Whether it truly is or not, it has felt like divine absence, even abandonment. As an adopted child, that’s an especially hard feeling to deal with. So, I choose to believe otherwise. I choose to believe that it’s not personal, that he’s not personal. I choose to believe that his silence and distance are just part of his nature and that’s okay. I choose to believe that the wounds I’ve taken are not the fault of a distant God who is able to fix things but doesn’t out of lack of care. I’ve chosen to believe that he just was never there to begin with, or if he was, not close or present enough to really intervene.
The church is fine.
It just hurts to hear and sing about their God.
So, I slip out the back door usually half way through the service.
Life outside of the faith has been far less painful than in.
I found far more peace outside the sanctuary.

Andrew Rogers is an artist, writer, teacher, and community organizer. Though he grew up in the Baptist church and served for 6 years as a disillusioned campus minister, he started to lose faith at 22 and left the church at 30. Andrew currently identifies as agnostic but somewhat open to something than might be a better fit.
Email Post
Labels: Christianity church doubt God God Stories