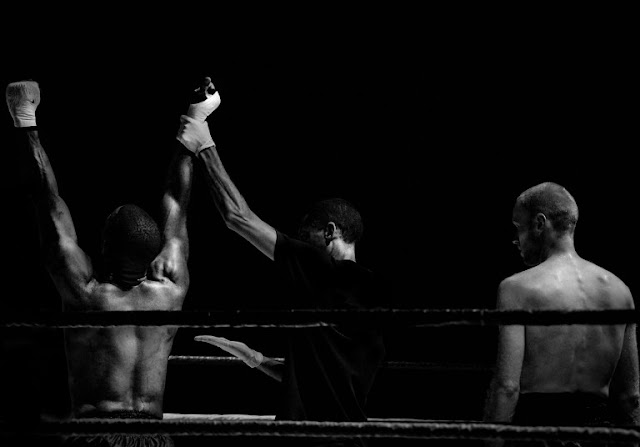 "But he answered his father, ‘Look! All these years I’ve been slaving for you and never disobeyed your orders. Yet you never gave me even a young goat so I could celebrate with my friends."  —Luke 15:29 (NIV)

The other night I was having a conversation with a new friend and at some point, she asked me something along the lines of:


“I know you are going to churches and everything, but what have you actually experienced of God on the road?”


I loved that question.


I told her about my moments of silence and terror, how under the weight and vastness of a billion stars I felt small but not insignificant.
Though I am literally a speck of dust hurtling through space on a larger speck of dust, I don’t feel lost or scared or meaningless because I am somehow enveloped in and a part of the very cosmos itself.
The fact that I get to partake in, and wonder about, the great mystery of human consciousness and existence makes that all the more powerful. I am a part of something. I don’t understand what it is. I might never. But I can feel it in my bones.


I also told her of a moment that happened just a day or two before.
Wanting to get some grit on me after two weeks of clean Orange County living, I rented myself a bunk for a weekend in a Hollywood hostel. I was two blocks away from the big blue Scientology building. It was awesome.
And though I had some vague notion of experiencing some of that infamous Los Angeles hedonism, what I found instead was that my depression—which I had cautiously and naively hoped might stay behind in Denver—had indeed stowed away in my Subaru. I could feel it then, perched on my shoulder, its claws digging into my tendons, its sharp black beak feasting on my brain.
That my depression would resurface there should have been no surprise as LA is one of the most lonely places I have ever been to. There are people everywhere, you are never alone, but this serves to remind you just how isolated you are.
Since starting this trip, I have taken to going for a walk any time I feel troubled or anxious or have some mental knot that I am trying to work through. There’s something about getting intentional lost in an unfamiliar place that seems to allow my brain to do whatever it is that it needs to do.
So, feeling lonely and isolated and unsure of what to do, I walked.
I walked for 6 miles that first night. I walked 15 miles each of the next three days. I did not talk to anyone (outside of the Scientologists, but that felt more like talking to a highly sophisticated AI, if you know what I mean), no one made eye contact or smiled at me, I felt more or less invisible.

Which is why I was so taken aback on the evening of the third day when a homeless man called out to me as I walked past him at the subway station. Expecting him to ask for change, I was even more surprised when he said,
“Hey, man. You look real smart and professional. But you also look real down. Keep your head up. I’ve been there. I know how you’re feeling. It’ll get better.” And then he walked away.

I told my friend how that made me feel seen and even valued for the first time in days. She told me that this is what she loved about God. That there is both vastness and closeness. That God could be both infinitely big and intimately small.
That the likelihood of me walking by that person at that time in such a vast city with so many people were so rare that this was a moment that had to be orchestrated by God.


That sense of smallness is where I have a real problem though, I said. I believe that’s God at his most cruel.


I grew up in a Pentecostal church. As I’ve mentioned before, some of my earliest memories are of being brought to the altar on Sunday nights where I would swarmed by the perfumed hands of the church folk as they loudly and confidently beseeched God for my healing. I remember the feeling of disappointment that came when, once again, my miracle did not arrive.


One of the more frequently contested issues in philosophy of religion is what is known as the problem of evil. The basic question being if God is truly all powerful, all knowing, and all good, why is there still suffering and pain and sickness and evil in the world? There are several different theistic responses to this problem. Different possible reasons why God might allow pain and suffering and still retain his goodness. If Allah allows, I will do a series on these responses in the very near future.


But I’ll tell you now, all of those responses feel insufficient to me. Not because God allows suffering in the world. But because God is sometimes known to intervene.


I was never healed. Even now as I type, I feel the sharp and throbbing pain coursing through my body. But other people were healed. Lots of people were. Or at least they claimed to be. I never personally examined their medical records or anything.
But growing up, I believed that God could heal and in fact did heal rather frequently. Even now, I still hear story after story about how God healed someone who was deaf in one ear or cured someone of asthma or kept them safe when their tire came off while driving on the freeway or something.


And though I would never admit it at the time, because I knew that it made me look petty and selfish, it all still begged the question: why does God heal that person and not me?


This goes beyond healing and beyond my own story.

The most personally infuriating example of all this is when I heard someone tell the story of how they used to work in the World Trade Center, but on the morning of September 11, he received a call from his praying grandmother who said that God had impressed on her to beg him not to go to work that day. This man would go on to praise God’s goodness and mercy for his protection.
Nearly 3,000 people died and 6,000 people were wounded that day. Did they not have praying grandmothers? Did God not deem them worthy of a warning? Or, I don’t know, was there not any holy remnant in the FBI sensitive enough to heed God’s prodding them towards preventing the disaster entirely?
Again, there are several explanations why God would allow the towers to fall. But there are fewer explanations for why God would intervene just enough to save that one dude. Who, as far as I know, has not yet gone on to do anything all that noteworthy.


God is good? God is merciful? To everyone?


Signs and wonders and divine intervention are all generally believed to be ways of God getting our attention, a way for him to call us back home to salvation. So many testimonies are filled with tales of how God moved on behalf of some lowly sinner and that was what opened their eyes.

It reminds me of the story of the prodigal son. I will confess to you now that I always thought that story was unfair.

The prodigal takes his entire inheritance and spends it on some wild weekend in Vegas and then feels bad and comes home. Dad gets super stoked and throws a huge party.

But the brother, the good son, does not rejoice.
Not only will his prodigal brother now be eating into his share of the inheritance, but he also, kind of rightfully, resents that his loyalty and faithfulness have never been rewarded with a party. I’m sure he was at least tempted at that point to go out and get wild on his own just to finally get some love and attention.


I know that sounds petty and ungrateful.


But there are so many devoutly faithful people who have remained loyal and steadfast with unwavering faith who are right now suffering, dying, watching powerlessly as their families crumble before them. Begging God for a deliverance that will never come.


But it sure is cool that God healed your toothache. Praise Him.


Look, I don’t know where I am going with all this. I know that it is possible that God, should she exist, has a specific reason for only intervening sometimes and with some people. I know that there could be an outweighing good that eventually makes all this pain and suffering and confusion worthwhile. Maybe someday I’ll understand.


But for right now, I feel I do a mercy to God in claiming he does not exist. Because it is cruel to give good gifts to some children to the neglect of others.


It is easier to believe that the homeless man in the subway was just a kind and empathetic man. That the only miracle there was that anyone ever takes the time to notice and attend to the suffering of anyone else. That all we actually have in this life is each other and we all should take up his example and be more kind to strangers. Not because God is prompting us, but just because we need more compassion and gentleness in the world.


Because the alternative version, that God sees me and knows me and loves me enough to call attention to my loneliness but to then to leave me there in it without doing anything about it, seems, at least in this moment, to be utterly sadistic.

Even if God does turn out to exist, I will still need some convincing that he is in anyway worthy of our praise.