The Cosmic Dance of Death: A Meditation on the Loss of Faith 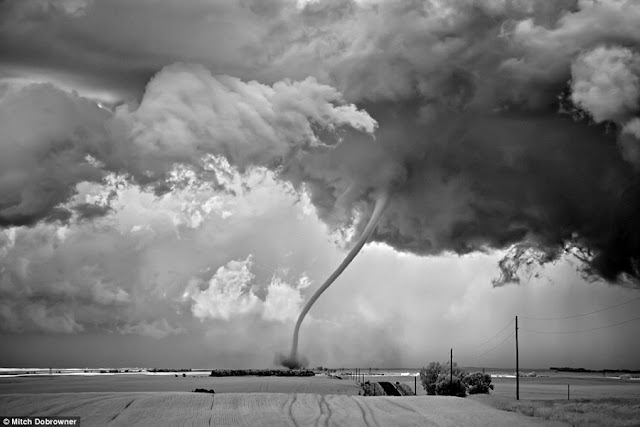 “I often see how you sob over what you destroy, how you want to stop and just worship; and you do stop, and then a moment later you are at it again with a knife, like a surgeon.” —Anais Nin

I did not run away from God.

In the thirteen or so years since I officially left the church and stopped calling myself a Christian, the most common question I would hear was some variation of “why did you turn or run away from God?”

I’ve learned to interpret that question as I believe it is intended and respond by talking about the process of me losing my faith. But I will tell you that for the first few years of my exile from Christendom, that question would invoke in me an angry and fiery response.

I did not run away from God, I’d say, gritting my teeth.
The last few years of my faith were spent fasting, praying for hours a day, pouring over scripture and books from spiritual leaders, going to church every time the door was open. I worked harder at being a true and sincere and whole hearted Christian far more in those last days then I ever did in the years before.

No, I’d say to whatever believer happened to be asking, I did not run away from God.

God ran away from me.

There has been a lot of talk now in this glorious era of fake news about belief.
Specifically, there has been a lot of people noticing just how hard it is for us to change our beliefs, even in the face of facts that directly and absolutely contradict those beliefs. There are a lot of great studies on such things. I recommend this one to start with. Changing our beliefs—our big core, identity making, beliefs—is damn near impossible.
Our brains frankly don’t want it to happen and will do whatever they can to make sure it doesn’t.

And our brains are very smart for trying to do this. A sudden rift in the world you thought you knew, especially if it is a big one like belief in God, can be an extremely painful thing to go through.
It can be dangerous. It can feel like your soul is ripped from you. A metaphysical experience that I imagine to be similar to being beamed up by the Enterprise, but not put together quit right.
No, it’s worse than that.

We tend to think about losing faith in a sort of vacuum. A lot of people I know attribute it as similar to not believing in Santa Claus. And for some people, it is just that. A childhood thing that they struggle to understand why any adult would ever believe in it.

But for others of us, it is far more consequential. God was the Jenga block that held up the entire tower of our identity. When that was pulled away, we lost our entire concept of who we were. Our politics, sexuality, self-worth, relationships, social community, and our very sense of purpose and meaning as a human all came tumbling down around us.

It was, at least for me, a time of deep disillusionment, confusion, depression, anxiety, and emotional pain.
I existed in a sort of fog. Only vaguely aware of my surroundings, sometimes unsure that I was perceiving true reality.
It was an anguish that I am now only beginning to be able to verbalize.
It was also a time of intense isolation.

And my Christian friends?
They kept asking why I ran away from God. Or fairly often, they would just tell me why I did:
I just wanted to live a life of sin. I was looking to the failures of man and not the glory of God. I was thinking too much and trying to know as much as God, instead of merely submitting and obeying. Have you tried praying about it? Can I pray for you? Father God, we lift up our brother, Ryan, he’s questioning you, help him to just let go...

But I could not let go.

I felt so totally alone.

I do not fully understand how I lost my faith. There are several factors, a lot of crucial events I could point to. But those were really just the waves that splashed against the wall. I still do not know why the dam did not hold. I will continue to explore and write about it as I learn.

But right now, I want to simply take a moment for those of you who are right now watching your world burn.

I want to acknowledge what this feels like for you right now.
I know it’s hard. I know it’s been so painful.

Because however it is that the loss of faith works, it is very rarely a knowing and conscious decision.

Who would choose to leave the Garden of Eden? That perfect world designed by a loving creator, who made you with a special purpose and will watch over everything you do?

No, like Adam and Eve, an unwitting bite of knowledge and we suddenly and painfully find ourselves exiled into a world of sin and chaos.

As I recently heard on a recent episode of The Everyone’s Agnostic Podcast, this isn’t like finding out Santa doesn’t exist, it is like discovering that your mother doesn’t exist and never has.

I want to acknowledge how hard it is on a marriage when a still believing spouse finds out their partner is no longer the same person. Or now might be destined for an eternity in Hell.  I acknowledge also the pain of parents who have no longer children that believe. I am sure it is scary and frustrating and hard.

But it is crucial that we also take time to consider the now unbelieving spouse who feels they have let the love of their life down, or the child who now feels alienated from her parents, knowing she has disappointed them and has broken their hearts.
They did not choose this. They did not want this for you. Something just happened and now everything is upside down for them.

If you have a loved one going through this stuff, please, just be with them. Just love them. They know you are concerned. I promise. But they don’t always know that you will love them unconditionally.

And while we are it, I would encourage this same kind of love for LGBTQ loved one. They know what you believe. Let them know that you love them.

I also want to acknowledge how the loss of belief affects everything.
So far on my trip, I have hung out with two lawyers. Both chose the profession because they believed that this is what God wanted them to do. It was a dignified path that sought justice and could do good work in the world.
The problem is that both of these lawyers are actually artists. In fact, they are two of the most beautiful writers I know. They denied who they are to be who they believed God wanted them to be. And both have suffered immensely for it.

It is only now that they are beginning to step in to who they actually are and have always dreamed of being that they have found joy. And even a stronger faith than they knew before.
One of these beautiful people, is the mysterious brother bynx, who I personally hope to hear more from.

Shiva is the third part of the Hindu Triad. He is known as the god of destruction. As he will be the one to bring forth the end of the world. He also now acts to destroy falsehood, illusions, and imperfection.
What’s beautiful about Shiva though, is that destruction always precedes creation. Shiva destroys and burns away in order for something new to emerge from the ashes.

And Shiva does this through dance. Shiva dances the Tandav, or The Cosmic Dance of Death. It is no doubt intense and painful and there is no way to know what will emerge when all is said and done.
But something will emerge. It will be new and bright and better than you can ever imagine.

So for all of you watching your world burn.

For all of you who do not know where you are or what will happen.

I hope you can find some beauty in the dance.
And I hope new life emerges for you soon.