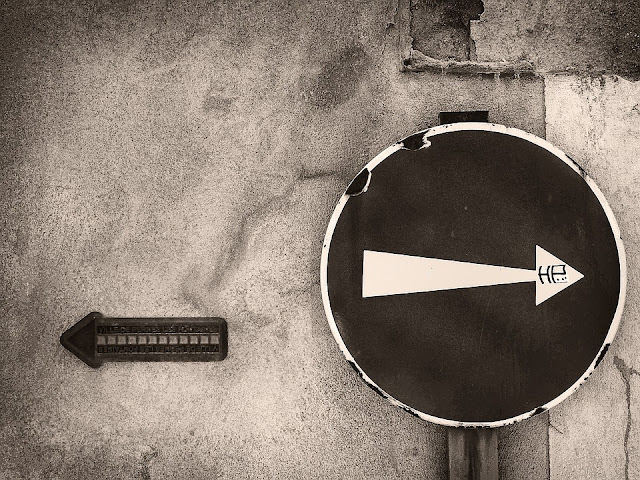 The following is an honest attempt for two people on opposite sides of the spectrum of faith to better understand each other. This is not a debate, but an actual conversation between friends. We welcome you to join in with your thoughts.

About the participants:
Joshua Stephenson is a Church Planter with the Southern Baptist Convention working with college students at Colorado College in Colorado Springs. He is the husband of Rachelle and the daddy of Jonah, an avid Texas Rangers fan, and a person with a passion to know and love people who think differently than he does. You can read his God Story here.

And you can read all about little ole me (Ryan) on my bio page.

Ryan: Alright. Here we are finally having our official dialogue. I’m excited. To keep things clear as to who is saying what, I am going to let you be the Jesus of the conversation and keep your text in red. And if that looks horrible or is hard to read, we will figure something else out.


So let’s start with this: earlier this month, Senator Bernie Sanders challenged the faith of Russell Vought, President Trump’s nominee for deputy director of the Office of Management and Budget during a confirmation hearing.

You’ve suggested that this be our first topic of discussion. What was your take on that exchange? Do you believe it says something larger about where we are as a culture?


Joshua: Let's get this rolling. My first reaction to the exchange between Sen. Sanders and Mr. Vought was for me to roll my eyes. I thought “Here goes Bernie again, another example of leftist Christian bashing.”
But after reflection, I think it demonstrates something deeper in Sen. Sanders and in the broader culture at large. What Sen. Sanders and many who track along with his ideology seems to have difficulty understanding is that it is possible to hold exclusivist religious claims and at the same time demonstrate love and respect towards other who don’t hold the same beliefs.
There’s a prevailing notion that believing some things to the exclusion of other things makes a person a bigot or intolerant or narrow minded, especially when it comes to religious truth. Sen. Sanders shows this when he says at the end of the video “I don’t think this person represents what this country is about.” He’s not able to reconcile the notion that Mr. Vought might believe that Muslims (and all others who reject Jesus as Savior) stand spiritually condemned, with the fact that even while believing that, Mr. Vought would not act in a condemning way towards those people.
I appreciated what Mr. Vought said about recognizing that all people are ‘created in the image of God and are worthy of dignity and respect.’ And by denigrating and attacking Mr. Vought because of this view, Mr. Sanders demonstrated that he doesn’t appear to hold the same value of respecting those with whom he disagrees.  What were your thoughts Ryan?


I’ll confess that when I first heard this story, I did a little eye-rolling myself. But my thoughts were more along the lines of “golly, Christians do really love that martyrdom complex they seem to have.” This was before I saw the actual video though. But after watching the exchange, I think I understand the outrage a little better.
And though I do believe that Christians claim they are persecuted in this country far more than they actually are (but more on that next time), I think that what has happened here is a different sort of thing.


And I want to be clear on the outset that I am a firm believer in religious liberty for everyone. I stand behind the constitution in having no religious test for public office. Senator Sanders voting in the negative for the sole reason of Mr. Vought’s faith is completely inappropriate.
That said, what I think happened here is an instance of two people getting their wires crossed while communicating. It seems like they are both talking about the same thing, but in actuality are perceiving the conversation very differently. To those familiar with Christianity—particularly Evangelical Christianity—what Mr. Vought said was fairly straight forward. A core tenant of this belief system is the exclusivity of Christ. Anyone who stands outside of the redemptive power of the cross is condemned by their own sin, regardless of any professed religion, sexual orientation, gender, race, etc. Without Jesus, no one gets in. I feel confident that this is what Mr. Vought was intending to say. Which is why I think he kept answering the question by saying, “I am a Christian” as if that settles the matter. That's probably also why he didn't feel the need to explain that Muslims were not somehow singled out in this view.


But given that Bernie Sanders is a secular Jew from Vermont, a state pretty far removed from the Bible Belt in my estimation, and given that the exclusivity of Christ isn't proclaimed as loudly as you might think outside of Evangelical circles, I am not really sure that he is aware of that doctrine. I believe when he hears the word “condemned” when applied to an entire religion of 1.6 billion people, he really only hears bigotry. Especially given that:


1. Mr. Vought’s initial statement about Muslims was in response to his alma mater firing a professor for simply standing in solidarity with Muslims.


2. American Christians don’t exactly have a stellar reputation when it comes to treating all people with “dignity and respect” these days. And again, let me be clear, I do not believe that the Westboro Baptist Church or any of the others who propagate vitriolic hate against Muslims, the LGBTQ community, and others are actually “Christian.” But the problem is that they pretty loudly claim to be. And I believe that is what Senator Sanders had in mind when he became as angry as he did. I don’t see this as him attacking Christianity or not respecting their beliefs. I believe he was attacking people who use Christianity as a way to discriminate against the beliefs of others. Does that make sense to you? Are there any glaring problems I missed?


First things...I sympathize with your eye rolling in regards to the perceived persecution that Christians face in the USA. I recently read a book called The Insanity of God that describes Christians being horribly persecuted in the former USSR, China, and the Muslim world. That said, I do believe that there is a growing religious intolerance directed at Christianity (and Judaism) in particular that shocks American Christians.
Because the nation was founded on a Judeo-Christian ethic, and because Christianity in particular is still and has been the predominant religious affiliation for most Americans for 200+ years, experiencing opposition to the faith feels like persecution. And in reality it is.
Not to the point of Copts being killed in Egypt or ISIS beheading Iraqi Christians, but it is persecution just the same. And I’m not sure I view Sen. Sanders as charitably as you do on this issue.
The evidence for me is in the way he phrases his question. Instead of saying “Could you please explain these remarks so this committee can better understand your views on people of the Muslim faith?” He asks if Mr. Vought thinks the comment is “Islamophobic.” To me Sen. Sanders’ question is ill-intentioned at best and accusatory at worst. I would be very surprised if Sander’s was unaware of the Christian view of salvation, at least a basic one. But because he is a politician with an entrenched ideology and somewhat of a rock-star persona these days, I believe he was attempting character assassination for the sake of his supporters and party, not displaying his ignorance. Could I be wrong? Absolutely, that's just my read of it.


I’m glad we are in agreement that about religious liberty. I no more want the government to force anyone into any kind of faith. We need a pluralistic system that protects the religious liberties of everyone so that free exchanges of ideas can happen without the government advocating or protecting one over another. Recently Dr. Russell Moore, the president of the ERLC, a Southern Baptist Policy Org, publically expressed his support for Muslims to be able to build mosques without the gov’t regulating this. I fully support this position. I’m also glad we are in agreement about the inappropriateness of Sen. Sanders no vote on the basis of Mr. Vought’s faith.


That said, I do agree with your assessment that American Christians do not have stellar reputations when it comes to showing dignity and respect towards all people. If Sen. Sanders was attacking people who use Christianity to discriminate against the beliefs of others, then I could be sympathetic to that position. This is not Christianity. In my opinion, one of the blessings of losing cultural prominence is that Christians are starting to understand the need the truly embrace the teachings and lifestyle of Jesus.
As I’ve read through the Gospels recently, I’ve been captured by Jesus’ love and compassion toward “sinners,” the people who were outside of the Jewish moral and religious life. That is not to say he condoned or accepted behaviors or practices that were morally wrong, it's just that he found the delicate balance between grace and truth, between loving a person in the midst of their broken life and calling them to a better one. This is the kind of Christianity that I believe actualizes the teaching and life of Jesus. And Christians MUST get back to this kind of Christianity if we are going to have any kind of spiritual and cultural impact in the world.


I think the most important issue in this whole thing, whether it be the issue generating Mr. Vought’s initial written comments or Sen. Sanders line of questions, is really the exclusivity claims that all religions make. Can we, as people hold these views (as I do) and still live peaceably within a pluralistic (not secular society). Can those with more inclusive religious views actually practice the tolerance they preach without insinuating or accusing exclusivists of hateful bigotry? That’s my question. What do you think?

What I think is that we are going to have to another one of these segments.There is a lot to unpack and explore in what you've said and I want to make sure we can give those things the proper focus they need.
Let's focus next time on whether or not Christians are being persecuted in America. I am pretty eager to hear your thoughts.