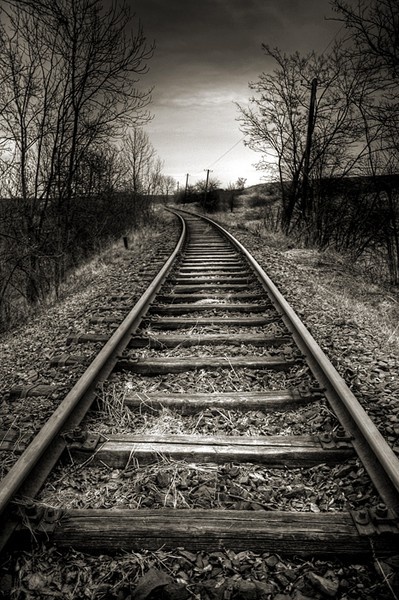 God Stories is a weekly segment where people from every possible location on the spectrum of faith tells the story of how they came to believe what they do. They do not necessarily represent the views of the blog as a whole. If you would like to share your story, please see the submission guidelines here.

Hello. My name is Joshua Stephenson and this is my God story.

It begins with my experience of Christianity as a child.
I grew up in a Catholic home, but not a religious home. Here’s what I mean. We were devoted to attending church as a family. My parents encouraged us to participate in the sacraments; things like baptism (where I didn’t really have a choice), first communion (I liked the taste of communion wine), confession (exceedingly awkward for a pre-teen), and eventually Confirmation (which I never participated in). But our Catholicism never translated into life.
I cannot recall us praying together as a family nor do I remember my mom and dad’s faith playing a big part in their day to day lives. We lived in a suburb of Dallas, played sports, went to mass and lived a normal life (at least for me).

My first encounter with what C.S. Lewis called the Numinous was somewhere during the early part of my life. We were at a special service, perhaps midnight mass or Good Friday, and I felt a strange sensation come over me. I looked at the ceiling of the sanctuary and experienced something. A presence that I’d never sensed before.
I didn’t know what it was, but I assumed it was God, or a god, or something higher and mightier than me. After this experience, I guess you could call me a theist, or at the least generous, an agnostic.
For you see, I wasn’t a Christian in the protestant sense of the word. I hadn’t repented of my sin and acknowledged Jesus as my Lord and Savior. At this point in my life, I didn’t even know what those things meant. But I knew there was something out there.

These feelings were short lived and soon forgotten as life—real, gritty, ugly life—was barreling towards my family. The divorce hit me like a freight train.
Or maybe the better metaphor is a train flying, careening, tumbling off the tracks. Emotional wreckage, family chaos, relational carnage; these were the NEW reality. It was transcendent, just like that Presence, but unlike it, awful and terrible.
The relational fissure between my mom and dad brought other brokenness to the fore. My relationship with my sister deteriorated as did my relationship with my mom. My dad’s life was broken too. I felt like a ship tossed around the sea with no rudder, tattered sails and gale force winds blowing me only God knew where. I looked for whatever anchor point I could find.
And I found it in something transcendent…sex. Or at least a digital facsimile of it.
Pornography became my escape from reality. I was a teenager at this point, and the welcoming images of women I found on the internet made me feel excited, engaged, happy, and alive. But only for a while.
With my searches and excitement came deceit and shame. I covered up my searches and lied about what I did while my family wasn’t home. I hid the exploration of my sexuality from my mom and dad, further separating myself from real people and diving deeper into my own mind’s imagination. Imagined acceptance and love was almost as good as the real thing.
But like an empty piñata, disappointment was my constant prize. As I think back, these were the darkest times in my life. I didn’t have much hope that things would get better, and they wouldn’t for a while.

But they did. It started with my sister leaving for a Christian summer camp. As I said before, our relationship was crap. We fought all the time. Trading punches, kicks, curses, and accusations were everyday occurrences. Summers were the worst, so I was grateful when she was gone for a week. Little did I know the sister that left for the camp never came back. Someone different came back. I saw it in her eyes when she got home. I sensed it in her voice.
When I asked her what happened, she told me frankly “I became a Christian.” I wasn’t sure what to think about this. Weren’t we already Christians? She went on to explain that she had ‘asked Jesus into her heart’ and that she was ‘forgiven of her sins.’ Again, I was clueless. But something was different, so I was compelled to pay attention.

And I did pay attention. I noticed how my sister began each day by reading the Bible and recording what she was learning. I noticed the way she spoke. Gone were the curses and vulgarity that were commonplace in her vocabulary. In their place were words of encouragement and prayers and kindness. I noticed that she had taken to a new community of young Christians, and that community had taken to her. I saw a place of acceptance and love wrap their arms around my sister, encouraging her even as our stormy domestic circumstances remained. I saw college students, both men and women, begin to mentor her, helping her answer questions, and leading her in emulating the life of Jesus. As I witnessed all these things I began to think to myself, “Could this be real.” I needed to find out.

At this point you may expect me to go down the Lee Strobel path. I would love to tell you that I fact checked the Bible, investigated the claims of Jesus, weighed all the religious options and came to the rational conclusion that if Jesus was who he said he was and did what the Bible said he did, then he was the Savior, God in the flesh and I owed it to him to put my faith in him as my Savior. I would like to say that, but it wouldn’t be the truth.
I’m not that kind of person deep in my heart. At bottom, I’m a person of intuition, of instinct. Put another way, I’m a person of faith.
So here is what happened. I witnessed a profound change in my sister. I engaged the community that had loved her so well. I asked questions, some genuine like ‘what about all the other people in the world you practice their religion sincerely?’ and others not, like ‘can God make a mountain that he can’t move?’ I got a few answers to these questions as well.
I heard the message of Christianity, the gospel, that God created human beings in his image and desires to share in an intimate, loving relationship with them. That we all, in our ignorance and pride, rebel against this God, forfeiting this relationship of love for one of alienation. That God, in mercy, sent his son Jesus to offer himself as a sacrifice for that sin, and was raised from the dead, demonstrating that he accomplished his mission. And that anyone who places their faith, hope, trust, and life in the hands of Jesus receives forgiveness from that sin and a brand-new life of restored relationship with his or her creator.
I heard this message and it resonated with something deep in my heart. If it was true, if it were all true, then it was the answer to all my questions.

It would answer the lostness I felt in my soul. It would be the answer to all the broken relationships I’d experienced. It would be the answer to the guilt and shame I felt when I did something wrong. It would be the answer to my loneliness. It was the love that I desperately needed.
So one day, a Wednesday Night at a Southern Baptist Church in Duncanville Texas, I went down to the front of the auditorium and declared that I wanted to become a follower of Jesus.
I prayed a prayer of faith and repentance, asking that presence I’d first experienced years before to forgive me of my sin and bring me back into relationship with him through Jesus Christ. I was baptized on Easter Sunday that year, apropos I would say!

That was 15 years ago. Nearly half my life. And I’m as sure about the reality of the cross and the resurrection as I was in those early days. But my relationship with Jesus hasn’t been an easy one. I’ve faced numerous challenges, broken dreams, and disappointments.
I’ve grown intellectually, facing philosophical as well as practical challenges to my faith. I’ve been called to a spiritual vocation. I’m a pastor to college students. I’m forced to confront the realities of a lived faith among the students I minister to. And I experience heartbreak when students reject Jesus.
I’ll admit that at times I struggle to pray (now is such a season). I struggle to read the Bible. I struggle to understand it sometimes, and struggle more readily to apply and obey the words of Jesus. I’m a flawed person who is a long way from the Jesus ideal that all followers aspire to.
This is never clearer to me than in my relationship with my dear wife and precious son. They are litmus paper for the acidity of my soul. I’m still selfish. I’ll still self-absorbed. I’m still a broken man living in a broken world.
Despite these struggles and challenges, I love Jesus. I seek to represent him in the world. I seek to love the least of these in ways that I am able. I seek to listen to stories and ask questions. I seek to share what I consider to be the BEST news in the world with those who’ve never heard, or who have heard and who do not yet believe.
I seek to take Jesus seriously in my life when he says “I am the way, the truth, and the life, and no one comes to the Father except through me.” Because if this truth is true, really true, then it is the answer to the questions we are all asking.

Thank you for reading,