The Bible and the Fallible Mind 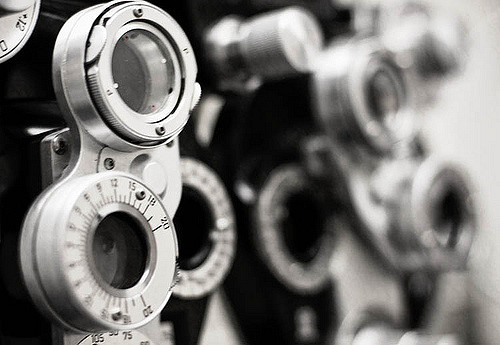 “The Bible is only as good and decent as the person reading it.” - Dan Savage

The Bible is a big and fascinating and complicated and beautiful and horrific thing. There is little argument needed in suggesting that it is one of the most influential books in western civilization. And if you are the type of person that is interested in reading this type of blog, I am willing to bet someone else’s money that the Bible has been a pretty major influence on your life too.

For some of you, it has been revelatory and transforming; this beautiful love letter from the very maker of the universe.
For others, it has been destructive and oppressive; a leash keeping you tethered to shame and guilt.
Those are very different experiences. And really, they only represent the polar ends of the spectrum. There are a lot of ways to experience the Bible.

And that’s pretty interesting, isn’t it?
I know it isn’t all that rare a phenomenon, lots of books are polarizing. Some people really love Twilight, while others of us are more than willing to go page by page to show that you that, no, this is not only poorly written drivel, it also romanticizes abusive behavior and has to include a literal abstinence plotline because it doesn’t trust its audience to get that the whole bloody plot—a story about a sparkly vampire that chooses not to “bite” a young woman until he knows for sure that she’s the one—is one long, very unsubtle, abstinence metaphor. AND IF BELLA BITES HER LIP ONE MORE TIME, I SWEAR TO GOD...

Sorry. I get a little worked up. I really hate that book.

But that’s actually kind of my point. Even the biggest twi-hard on the planet will (probably) admit that the book doesn’t actually mean anything. Maybe there are some deeper themes or something, but no one is going to cite it as scientific evidence of how the world was made. Or use it to condemn, and maybe even outlaw, certain behaviors and lifestyles. No one, to my knowledge, has yet made the claim that Stephenie Meyer is a prophet and divine vessel that the Holy Spirit used to give a message to the world. The Bible means more. It is used with authority in ways that have real consequence.

Whether you think this is how it should be, or you (like me) believe that this book should not be the guiding force of our government and culture, we have to acknowledge that the Bible has a very real impact on us as a nation. As of 2014, 42% of Americans stated that they believe in what they would call “the biblical view of creation” over the model proposed by evolutionary science.

This is why our squabbles over it matter. Whether or not you believe in it, the Bible will impact your life in some way. It is important that we truly understand what it says.

My mentor and good friend, Bruce (He’s the Socrates to my Plato!), once told me that even if the Bible were proven to be totally infallible and a perfect dictation from the voice of God to the page, the only way that it could remain without error is for us to never pick it up and start reading it. Because as soon as those words enter our brains they become filtered through our history, our worldview, our biases, our prejudices, and even just our current mood.
The philosopher Eric Reitan says, “God is imperfectly encountered in experience, filtered through the assumptions and prejudices and conceptual categories that we bring to our experience — our worldview, if you will.”
Both of these men are believers and followers of Jesus. They aren’t questioning the claim that the Bible is somehow divine, they are questioning you. They are questioning us.

The scriptures might be infallible, but we are not. We are very fallible. Science has proven that over and over again. Our biases blind us. We are not as rational as we believe we are. If we can mistakenly choose Edward over Jacob (who was way dreamier and had a motorcycle), it is possible that we can be wrong in our beliefs about what the Bible “says.” Let me give you an example.

Genesis 9:18-27 tells the story of what happens to Noah and his family immediately after that whole flood thing (you know, with the Ark and the animals and the destruction of the whole planet. That thing). If you need a refresher, here is Ned Flanders singing a song about it.

I am not going to linger on the story itself, though it is a fun one to read (here it is told via Legos). Because what is important for our discussion is only the last three verses. Noah places a curse on his son Ham—or more accurately on Ham’s son Canaan—that he and his descendents will be the slave to the descendents of the other two brothers, who were believed to be what became Europeans and Asians.

Unless you are on of those presidential types that doesn’t understand why we had a civil war, you probably know where this story is going. Let me make it just a little bit more clear though: the word “Ham” in the original Hebrew is very similar (but not actually connected) to a word meaning “dark” or “black.” So Ham, it was believed, fathered the people that became Africans. Which would make Africans a people set apart by God to be slaves to Europeans and Asians.

Now there is no doubt that the bible permits slavery in several places. And there is no doubt that what is says about slavery isn’t great (here is one verse illustrated like a children's book). But even a casual reading of these passages shows us that what the Bible is addressing is more akin to how we would understand indentured servitude today. I am not excusing this, but simply making a distinction. While slavery is always slavery, this was often just for a short term, usually as a way to pay off debt. There were ways out. There were even some benefits. And while it still preyed off of a fear of the other (usually foreigners and conquered foe), slavery wasn’t racialized. Slavery did not have a skin color.

In the 16th and 17th centuries, Muslims and Christians began enslaving Africans. And that passage about the curse of Ham? It became a monumental bit of justification. By the 19th century this passage of scripture was used as a major defense of the institution of slavery. These people were simply born to be slaves. The Bible says so.

And because there is a chance that one of my favorite, but ever so slightly intimidating, professors might be reading this (hi, Dr. Balik!), I will stress now that I am way oversimplifying things here. The history of slavery is complex and multi-layered and the Bible was not the only way in which slavery was justified. Christianity is also by no means the only religion that has allowed slavery in its history. They pretty much all endorsed it at one time or another. But the Bible did play a big part in the institution of slavery. There is no denying that.

It is also important to note that this was not the view of all Christians. As we know, the biggest abolitionists all used the Bible as their reasoning for wanting to free the slaves. Christians also pushed back on the curse of Ham. Even in the 1700s, Christian scholars were arguing that this passage was clearly referencing Israel’s ongoing feud with the Canaanites (Ham’s son is even named Canaan! It’s not really that much of a mystery) and since the Canaanites were all absorbed into other people groups through conquest (Hey, Persia. What’s up, Greece?), this passage of the Bible has no instructive relevance.

But slave owners did use this passage, and they kept using it. And they weren’t the first to do so either.  As the historian George Fredrickson puts it, “it’s been a flexible curse -- Jews, peasants, Tatars, have been considered cursed over the years.” Professor of religion, Stephen Haynes, has said: “Scholars of history and religion alike have failed to comprehend that pro-slavery Southerners were drawn to Genesis 9:20-27 because it resonated with their deepest cultural values.”

And that is important. It is very important. There were alternative interpretations of this passage available to the slave owners, but they chose the interpretation that best suited their cultural values. They taught this interpretation to their children. It was passed down from generation to generation for hundreds of years. For four hundred years, millions of people were captured and dehumanised; many tortured and raped and brutally murdered.This was all done by a people group that largely identified themselves as followers of Jesus. And though it is impossible for us to imagine it now, they seemed to not think anything was wrong with what they were doing. It was just what the Bible says.

And this is just one small example of many. Galileo was denounced and put under a lifetime of house arrest because Christians firmly believed at the time that the Bible taught that the sun revolved around the Earth. This is a good one to bring up because of how absurd it seems to us today. Our understanding of the world has shifted and with it our understanding of the Bible. We do not believe that the Bible says what Christians used to believe it says.

When you or I are asked about what the Bible says about interracial marriage, how many of you are willing to bet that our answer will be different than what people of our grandparents generation would say?

We pour over the scriptures now and argue that all those verses that prohibit women in leadership maybe don’t really mean what they seem to mean. How many people do you think were even considering that possibility in the 1950s? What about the 1650s?

What does the Bible say about homosexuality? About Hell? About global warming and evolution? Are Christians right when they say that traditional gender roles  are clearly proscribed through the Biblical narrative? Are you sure you are right? Are you sure that your faith requires you to refuse service to a gay couple or not fill a stranger’s prescription for birth control?

There are tools at our disposal if we want them. If we are willing to put in some work, we can have a wider and deeper and more meaningful relationship with this text (and in a later essay, I will defend why that is beneficial, even for non-believers). But even when equipped with historical context, sound exegesis, and excellent scholarship, we still are in danger that we are still just seeing what we want to see. We still are in danger of not knowing the right questions to ask.

And that is why I encourage you, dear believers in scripture, to tread with caution. You will never have the full picture in this life. You will never have perfect understanding. Be careful with your proclamations. Work out your faith with much fear and trembling. Be willing to listen to another viewpoint. Constantly question your own.

And I try my best to remember (thought I fail at it all the time) that what I am seeing and believing is just my own limited understanding. It’s not a perfect solution to the problem, but it is certainly a start.
Email Post
Labels: Bible Christianity culture doubt human imperfect intellectual honesty