Ye Must be Born Again (and Again, and Again). 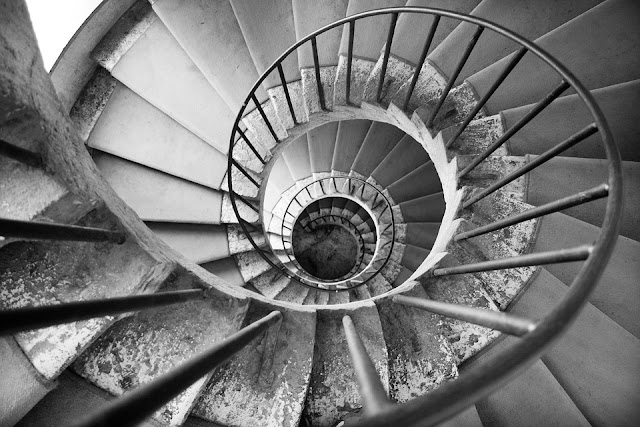 I like to think that most of us are pretty good at spotting fake religion when we see it.

Or that is to say, I think we are good at spotting fake religion when we see it in others.

Joseph Campbell said that a myth is just the word that we use for a different people’s religion. And I think this is true.
The Christians make fun of Astrology. The Atheists make fun of the Christians. Pretty much everyone makes fun of the Mormons and Scientologists, and on and on and on.
Can you believe in aliens but think Bigfoot is mularkey? I am sure that at least some flat-earthers believe that ghost hunters are total bullshit, right?

I am not (necessarily) comparing all the above things to each other or declaring them equal. Alls I’m saying is that it is easy for us to not believe in the things that we don’t believe in.
We evaluate them, see the logical flaws, find enough evidence to show that it is ineffective and move on from it.
In fact, it can be baffling even to imagine how someone could believe such nonsense.

What they believe is all just fairy tales that people buy into because they can’t handle the real world.

But what we believe…

For the message of the cross is foolishness to those who are perishing, but to us who are being saved it is the power of God. 1 Corinthians 1:18

I once had a conversation with someone about God and philosophy and the holy quest for Truth where they said something to the effect that while it was all well and good for some to question everything and talk and talk until the cows come home to roost, but as for them, well they had found the Truth and now it was their job to defend it.

And I get that. Honestly. I feel that deeply.

We want to make sense of the world and our place in it.
We want some semblance of control.
We want an idea that things will be okay somehow.
That all of this means something.
That all of this heartbreak and suffering was worth it;
is working towards some greater good.

And I am not just talking about the religious. Or the spiritual but not religious. Or those who call their religion a relationship.
This is not only those “weak-minded” people who need the “crutch” of religion. This is about us “strong,” “rational” Atheists as well. This is about the certainty of reason and the sure footed walk towards progress.
This is about those doing Crossfit and improv classes.
Those clinging to the utopian future where they finally get that perfect [partner, job, waistline, house]. That’s when they’ll be happy. No more problems forever.

We all see a narrative arc to our lives. A particular order to the universe (even if that order is chaos). We believe that there are ways of being, of thinking, of believing that are infinitely better than the way other people are doing it.
And, of course, we believe we are right.

I think this is just part of us. It’s at the core of our humanity. Whither it be the design of God, Devil, or the Dark Wizard Darwin, the result remains the same:

And that’s beautiful. It’s one of my favorite things about us. Right up there next to thumbs. We are storymakers. We are skygazers. We see where we’re from and try to guess where to go.

Our beliefs, our worldview, whatever we call them, act as a shelter from at best a cold and indifferent world. They are a refuge from the storm. A fortress against doubt and uncertainty and fear. They protect us like a shell. They serve us like a cocoon.

What if I told you that all those stories about death and rebirth, karma, Brahma, the bullfrogs and butterflies, the repeating transformations of the seasons, The snake’s shedded skin, the cyclical plotlines of Star Wars movies, all of that, all of nature itself serves to show you that the place of safety where you’ve found yourself was not meant to be your final destination.

In other words, little seed, you were meant to be a tree
(but you can still be a seed if you want).

Jesus replied, “Very truly I tell you, no one can see the kingdom of God unless they are born again. John 3:3

Look, I am not saying that what you currently believe in isn’t true. I don’t even know what you believe in. You are a stranger reading this on the internet (and hey, thanks for stopping by!) what I’m saying is that even if you, lucky rarity that you are, are in possession of the big T Universal Truth of the cosmos, your understanding of that Truth will grow and evolve with you as you become a more complex, experienced and wise-type person.

What if, for example, there are some things that have been attached to that Truth that don’t really belong there?
What if there is some dried vines and dead weight that has stopped up your ability to flow and be nourished by that Truth?
What if that truth is deeper and bigger and far more succulent and colorful than you could ever have imagined?
That where you are now is barely the surface of true wisdom and knowledge and wholeness and peace?

I am willing to bet that no matter who you are or what you believe, the answer to all of those above questions is “yes.” At least partially. At least sometimes.

For now we see only a reflection as in a mirror; then we shall see face to face. Now I know in part; then I shall know fully, even as I am fully known. 1 Corinthians 13:12

Closely examining, and sometimes crucifying, our core beliefs can feel like a form of death. It just usually hurts far worse. Sometimes you’ll feel lost and underwater.
But sometimes you’ll feel more expansive and more powerful and more abundant in love and joy and peace than you could have dreamed of back in your old cocoon.

In my 38 years on this earth, I have died a thousand deaths. Most have been painful, all have been worth it. I can’t wait to die again. To shed another skin. To blossom, bear fruit, wither, and again become new.

Life is occupied in both perpetuating itself and in surpassing itself; if all it does is maintain itself, then living is only not dying. -Simone de Beauvoir

We are not going in circles, we are going upwards. The path is a spiral; we have already climbed many steps. -Hermann Hesse

We cling to truth like we are worried we are going to lose it. Like it will slip out of our hands. But Truth, whatever that is, must be bigger than us or it is no truth at all.
It is we that are cradled by the hands of reality. It is not us who dictate its texture. All we can do is explore, press against, feel out, and continue to get our bearings.

And we will still be wrong.
But we will continue to grow.
Or we won’t.
We can always stay where we are.
Safe.
Comfortable.
Stagnant.
Dead.

It’s all up to you, little seed.

Shall we try to sprout?