Here You Will Do Well to Tarry: Why We (Haven't) Started a Cult 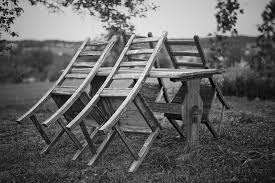 "All great spirituality is about what we do with our pain." —Richard Rohr

I have been thinking a lot about monasteries and monks this last year.

I suppose it started as I was traveling the country visiting churches and spiritual communities and the various forms those things can take. But it has also sprouted up in just about every conversation I've had.

Perhaps even when I gave myself the tongue-in-cheek title of Nomadic Secular Humanist Monk, I was already pondering what exactly such a title means and how one could best go about living that as a vocation.

There are several things I like about monasteries and monks.
I like the idea of people forsaking the societal norms of the time, marriage and family, social status, and “career” to instead dedicate themselves to scholarly work, spiritual inquiry, and service to the greater world.

I like the idea of being alone together. The monastery as a support community for individual seekers and scholars. I like the idea of how for centuries such places have housed both mystics and misfits. Those that seem to live outside of their own time and are not well understood by those around them.

I like the idea of taking ordinary time, the mundane ins-and-outs of daily life, and marking it as sacred and holy. Often through such a simple thing as making one’s daily work a spiritual practice. Because really, all time is sacred already. It’s a rare and fragile thing. I love the idea of living in a space that serves as a constant reminder of such things.

In studying the history of monastic communities of various faith traditions, I have noticed a pattern. The majority of these movements began during times of societal decline and global chaos. Frequently also during times when the religious and moral institutions of the day had become corrupted, excessively fixated on gathering earthly power and material wealth.

Even at the modern monasteries I have visited here in the States, I learned that the highest peak of their membership lasted from just before the first World War to right after the second one. That the times of their lowest attendance was when the country seemed the most stable and prosperous. Interestingly enough, these monasteries are again seeing an influx of members over the last few years.

These movements were started by those who found no solace in material comfort nor any enlightenment within the status quo. They longed for a deeper, more connected and authentic, more mysterious, less busy and materially conformist way of being. A simple life consecrated to something beyond themselves.

During what we now sometimes refer to as “The Dark Ages,” when the state controlled church destroyed all “Pagan” beliefs and writings, it was monasteries that preserved the works of Plato and Aristotle and the rest of Greek and Roman philosophy. It was monks who translated and introduced the works of Muslim scholars into Europe, bringing the Christian world the ideas of medicine and mathematics and astronomy that would eventually lead to what we now refer to as the enlightenment.

I like the idea of monasteries as preservers of heresy, as centers of robust discussion, as a seedbed of new ideas.

I think about what most historians believe was the first of such communities. How the Greek Philosopher Epicurus bought some land with a big house and opened it up to his friends sometime around 306 B.C.E.
He called it The Garden and placed an inscription on the gate that read:

Dear guest, here you will do well to tarry; here our highest good is pleasure.

I have been thinking about all these things a lot.

I think about them in the context of our own time. Where we are now being tossed around in the violent upheaval of a global paradigm shift. Or at the very least experiencing a time when our institutions are failing us at a systematic level.

Ours is a time of oligarchy and kleptocracy.
Ours is a time where justice and even education is determined more by your family’s money and race than our innocence or merit.
Ours is a time of unjust war for the sake of profit.
Ours is a time when our places of learning are focused more on making us into better workers than helping us become better humans.
Ours is a time of a return to tribalism, where our elected leaders accuse their critics of treason and refer to immigrants as animals.
Ours is a time when a word like “Christian” can just as easily refer to a White Nationalist as it does for someone committed to loving everyone, and thus now means nothing at all.
And words like “spirituality” and “self-care” or so conflated with consumerism, selfishness, and turning a blind eye to the suffering of the world for the sake of positivity and good feeling. that it is no surprise that those who seek these things can feel more empty and lost than when they started.

I know I am not the only one that feels despair when they read the news.
I hear screams from places I’ve never heard of.
I see small scared children made to sleep on a concrete floor.
I listen as my dear friends and family wrestle against their own unspeakable grief and inescapable suffering. These problems are big and so beyond comprehension that most of us would rather ignore or dismiss them.
And I get that. I do.
What can be done?

I don’t believe I am the only one that feels we are in for a long night.

So what does one do when darkness descends?

You build a shelter.

I have recently moved to Tulsa with two of my closest friends and fellow travelers. We are united not in shared beliefs or dogma (as they are wildly different from each other’s) but instead are building a community around our shared values.
We believe in peace-making, curiosity and inquiry, listening to and caring for every individual we meet, even (and perhaps especially) those that would hate us.
We believe that each of us is capable of working out for ourselves what the meaning of life is. And we are able to seek out in our own way that which is pulling on our souls and driving us toward whatever sort of spiritual longing that seems to always be beyond description.
We believe in the Epicurean ideal of pleasure and believe it is found in work, in study, in friendship, and in service to this dark and suffering world.
We believe in loving people where they are, just as they are now. For as Thomas Merton once said, when we insist and twist people into changing, we are not loving them, but only the reflection of ourselves that we see in them.

This is why we are creating a monastery.

It is a secular monastery as we do not require anyone be bound by a particular faith, tradition, or dogma. We are open to all genders, sexual orientations, and belief systems. As long as one shares our values of openness, respect, and loving all people as they are, they are welcome to break bread with us. We even have the gluten free stuff.

We are creating this as a place of rest for the world weary traveler. A place of healing for all of us wounded healers and teachers who are doing essential work in the greater world.
We are a place of discussion and study and education. A way to preserve the humanities that are being stripped away from high schools and universities. We are a place to be together alone as we work out our own demons and existential crises. We are a place of service and hospitality.

We have named ourselves St. Juniper’s after a Franciscan monk who was known for having more of a generous heart than a practical head and was so delightful in his stories and humor that he came to be known as the jester of God. Because, for as much seriousness as I just described, our community is committed to remaining a very silly place.

More than anything, we are striving to create an environment of transformation. Not to change who we are, but to become who we are. And to use our natural gifts and weirdness in a way that brings light, healing, and joy as an organic outpouring of our lives.

We have no idea what we’re doing. Those who know us are aware that we aren't joiners and are the least likely people to ever try to live communally. We will falter and fail gloriously and learn as we go.
Which is why we want you, dear fellow traveler, to walk with us. We have something to learn from everyone. We believe we are better together.

If nothing else, join us for a glass of wine sometime. We always want to hear a good story.

If you want to learn more about St. Juniper's and how you can get involved (from wherever you are), check out our Facebook page here. Website and more information will be coming soon.
Email Post
Labels: loneliness new monasticism sacred spiritual atheism spirituality st.junipers