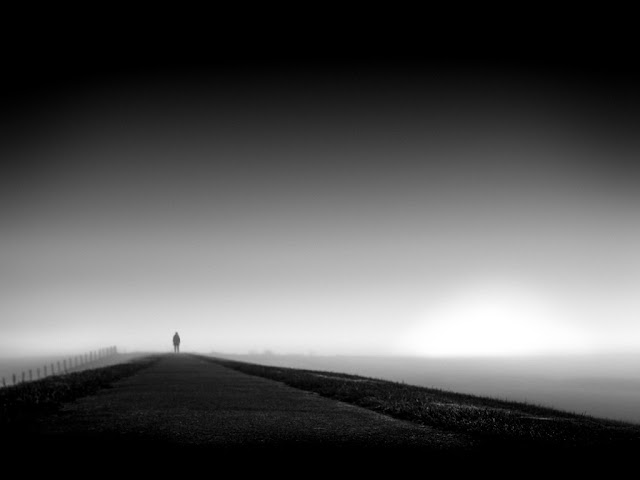 "God, thy will is hard but you hold every card"—Jesus, Jesus Christ Suparstar

There is no God.

That was my first thought at around 5:30 this last Monday morning when my car’s engine exploded on a Florida highway between Orlando and Sarasota.
There was a loud pop, a lot of smoke, a heart racing scramble to cross over three lanes of traffic, and then I was stranded. With no money. Nearly a hundred miles away from the closest person I know.

I will recognize and concede that to conclude there is no God as a result of these circumstances reveals an error in my thinking.
It is an error that the Fundamentalist Evangelical tradition in which I was raised seems to preach against and practice in equal measure. This is the error of reducing God to a mere ATM, or as Regina Spektor puts it, believing God to be “a genie who does magic like Houdini or grants wishes like Jiminy Cricket and Santa Claus.”

Bad things happening does not disprove the existence of God. It does not even say much about the character or purposes of God. There are reasons why a loving God could allow bad things to happen.
It is not lost on me or my travel mates that had the car not broken down, we would be waiting out a hurricane (but that raises a different question). Besides, how many times was the Apostle Paul shipwrecked? No, in that moment I should have not said there is no God.

What I meant to say is God is of no use.

This is a feeling that has been creeping up on me for sometime.
No wait, let’s reverse that.
I have believed strongly that God is of no use for at least a decade. The feeling that has been creeping up on me is the idea that this thing we refer to as “God” might be significantly more than we have ever imagined or been able to put down on paper.
That’s where the conflict lies.
The conflict has left me largely speechless these last few weeks. I have not known at all what to say.

If I got to choose a God the way one gets to select a character in a video game, I would go with the God of the mystics.

It doesn’t seem to matter much which mystical tradition we are talking about here, because ultimately at their most simplistic, they do seem to be pining after the same thing: a unification of the soul with the cosmos, an awakening to the deep connectedness of everything, a peace and calm that can withstand any sort of circumstance, and an ability to give honor, love, and compassion to every living thing.
I like to think of God as the embodiment of these ideas. I like to define enlightenment and holiness as at least a partial obtainment of these attributes.

As per my usual caveat, I do not know if such a being exists or if these virtues are possibly obtainable.
But in my desire and pursuit of them, I can swear I have felt flashes of it.
Real moments of pure transcendence.
I have danced under the stars and howled at the moon. I have connected with strangers in deep and powerful ways. I have wondered in awe at the mystery of such abundant provision for me while on the road.
It’s enough to make me think there is something to all of this.

But yet, I confess, I am still not sure what that is worth or if it is good for anything at all.
It all sometimes seems little more than taking a vicodin while chained to a dungeon. It numbs the pain but it doesn’t really stop the torture.

Perhaps this sort of spirituality means more to those who forsake everything to seek it out, perhaps there are deeper levels that I have not experienced.
But I am a person who has forsaken everything to seek it out and I still don’t know. Maybe I just haven’t found the right belief or practice or whatever yet.
But at least as of right now, I have observed that even in my most enlightened and contemplative states of mind, I am still utterly powerless to transfer those good feelings to all of those who are deeply suffering around me. I am also seemingly powerless to stop even that suffering within myself.

I don’t know anyone who is not right now suffering and struggling with one thing or another.
There are financial stresses and anxieties about the future, unpacked childhood trauma and miseducation, an inability to truly communicate our wants and needs to each other, divorce, doubt, uncertainty in who we are, the rise of fascism and echoes of war throughout the world, the loss of friends, the loneliness of our times, everything.
Just everything.

And let’s face it, being one with the cosmos just does not pay the rent.
Or I don’t know, maybe it does.
I would love to figure out that magic trick and then package it and sell it. Hell, I'd give it away.

The greatest honor I have had these last 7 months on the road has been being able to hear people’s stories. Most of these stories are laden with a very real and still very present pain. You can see it on their face, hear it in their voice.
You can feel it fill the room.
And all I am ever able to do when I hear and feel these things is continue to sit there in dumbfounded silence, only listening and bearing witness to their unseen wounds as best as I can.

I want to help. I want to say something. Sometimes I do. But every time I feel just like the friends of Job: so very confident and so very wrong.
I cannot stop anyone’s suffering. And God—whatever that is—chooses not to.
The holy God of holocausts and hurricanes might have some totally worthwhile reason to put us all through this, but that doesn’t mean it isn’t devastating and horrible and confusing. As the Dread Pirate Roberts once said, “Life is pain, highness. Anyone who tells you differently is selling something.”

I am going to continue chasing after divine connection and deeper meaning. Who knows, perhaps someday I will have the ability to perform miracles and soothe the troubled heart. But I do not expect that to happen.

Since my car broke down leaving me and the coalition of heretics that I am traveling with stranded in Florida, there has been an amazing outpouring of financial and emotional support from people all over the country, many of whom do not know us (And if you'd like to help or just find out what we're doing, check us out here).
The majority of these people are Atheists, Agnostics, Pagans or have otherwise left the fundamentalist Christian church for another tradition or practice.
I say this not to repudiate our Christian brothers and sisters (especially the many of you who are also supporting us. Thank you so much). I say it to show that God is not a necessary component to compassion, generosity, empathy, and kindness.
We are all in this together. And it just might be that each other is all we got. We might as well help each other out.

There is a Hasidic saying that goes, “when someone reaches out to you for help, you should never say ‘I pray that God will help you.’ Instead for the moment, you should become an Atheist, imagine that there is no God who can help, and say ‘I will help you.”

This is where I am. I see no God to help. I see only beautiful and loving humans. I am grateful to you. I offer my feeble attempts to help in return.
Email Post
Labels: authenticity compassion God gratitude human spiritual atheism spirituality suffering