The True Story That Didn't Happen: Thoughts on the Bible as Myth 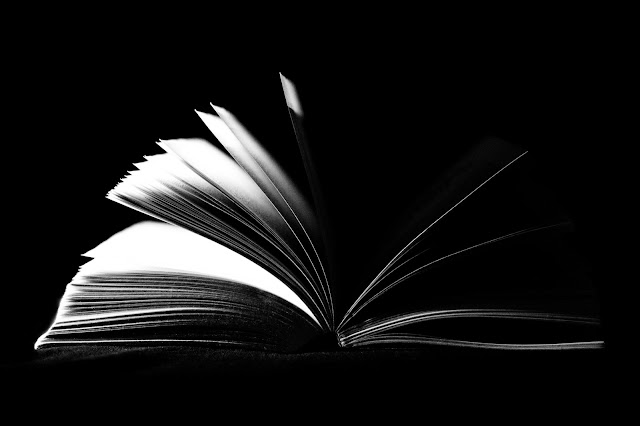 “Of course it is happening inside your head, Harry, but why on earth should that mean it is not real?” - Albus Dumbledore
"There's no good story that doesn't touch the truth." - Patrick Rothfuss

This last weekend, I got to go to Denver Comic Con.

If you have never been, it is an overwhelming and surreal experience. There were over 150,000 people spending $10 million in a period of three days.
It’s one of my favorite things to do every year. As an ardent “people watcher” this is about as good as it gets. I love the care and creativity that people put into their costumes. I also just love the excitement and unironic enthusiasm for things that lean a bit more towards the cerebral and imaginative. Even though it’s crowded and expensive and smelly and exhausting, it also feels like home in a sense.

And it also feels kind of like church. And not just in that “youth convention/church camp” vibe of being around people who largely think like you and speak your language and are all instantly your friends and will maybe make out with you by the concession stand. Though that is there and it’s awesome.
But it’s like church for another reason as well. And that is because both are gatherings of people whose lives have been changed by the power of a story.

And yes, I am perhaps taking this comparison too seriously. Though at the same time, in the United Kingdom, there are over 175,000 people who have identified themselves as a “Jedi” in census data, making it the seventh largest religion in the country. The United States does not allow this option on their census, but I imagine the statistics would be comparable. And while there is no doubt that this at least partially a joke made by the self-identified, I believe pretty strongly that this is not just a joke. For I myself am a Jedi.

Joseph Campbell tells us that “myth helps you to put your mind in touch with this experience of being alive.” He goes on to say that these stories all “have to do with deep inner problems, inner mysteries, inner thresholds of passage” and they serve as guideposts to help us through them.It is through story that we make sense of our world. It is how we learn to define courage and love and morality. And a good story will do far more than that. It will sink into our very marrow and fundamentally change the way we see the world.
And while the highbrow among us might reduce science fiction, fantasy, and comic books to mere children’s entertainment, the rest of us recognize that these stories are just the same stories that we have been telling ourselves since the beginning of time, just now with a bit more color and a lot more CGI. They resonate with us. It’s why youth pastors will always show clips from Star Wars or The Matrix.

We tell ourselves these stories, not because they are true, but because there is truth in them.

But there are always those at Comic Con, my friends and I refer to them as the “well, actually…” people. You know them. They are these people:

And that brings us to the Bible.

Growing up in church, especially in those later high school years when there was a fear we were about to be corrupted by those vile secular humanist college professors, there was a lot of focus on proving that the Bible was True. In my particular tradition, it was often said that “if any one part of the Bible is not true, then the whole is not true.” So we spent a lot of time looking at Josephus and archaeological findings and fossil records.

And really, the whole evolution v creationism debate is actually almost entirely an argument about whether or not the book of Genesis is literally true. As I personally don’t see a scientist who is totally unfamiliar with the Biblical account looking at the available evidence and, all on her own, coming to the conclusion that the Earth was created 6,000 years ago. From my perspective, creationist scientists are starting with the story and then trying to make the science fit. But I digress...

When I became an Atheist in my twenties, aspiring to be one of those vile secular humanist college professors that corrupts Christian youth, there was a lot of focus on proving that the Bible wasn’t true.
I read Dawkins, Hitchens, Harris, and an innumerable amount of blogs. I watched documentaries showing all the thousands of ways that Noah’s Ark could never have happened. I would go on to read a lot textual criticism and historical scholarship that provides a robust amount of evidence to show that the Biblical text is not historically reliable.

But now that I am an old man of 36, I have began to wonder if these two different, but very similar, approaches both miss the entire point.
Don’t get me wrong, I am a scholar. I not only love digging deep into everything I love, I can’t help myself from doing it. Just this morning, I spent a lot of time reading up on the ancient history of Valyria. Which is an adjacent country to Westeros, where the show Game of Thrones is set. It is not the digging that is the problem. Better clarity and understanding of a text is always good. Always.

But if that’s all that’s there, then something's missing.
Hearing Neil DeGrasse Tyson explaining the physics of Superman is interesting. But what good is that if you don’t take the time to gasp and get lost in the man of steel reversing the rotation of the planet in order to save the person he loves?

That is to say that I do not believe that the stories themselves are literally historically true, but that does not mean they do not contain moral or spiritual truths inside them. My Atheists friends tell me the Bible is a myth. I agree with them. But I don't see that as a bad thing.

While I don’t believe that Moses ever parted the Red Sea (or that there were even Jewish slaves in Egypt), I do believe in the metaphorical truth of exodus and desert wanderings and burning bush experiences.
I do believe in the truth of the stories of Joseph, Gideon, Ruth, Esther, and David. I believe they all have something to teach us. And those lessons are not lessened by the question of whether these people actually existed.
If anything, having this perspective on the Bible actually helps me appreciate it more. My friend Van shared this quote with me and I love it so much that I am going to include it all here. It’s from Robert Ingersoll:
Too great praise challenges attention, and often brings to light a thousand faults that otherwise the general eye would never see. Were we allowed to read the Bible as we do all other books, we would admire its beauties, treasure its worthy thoughts, and account for all its absurd, grotesque and cruel things, by saying that its authors lived in rude, barbaric times. But we are told that it was written by inspired men; that it contains the will of God; that it is perfect, pure, and true in all its parts; the source and standard of all moral and religious truth; that it is the star and anchor of all human hope; the only guide for man, the only torch in Nature's night. These claims are so at variance with every known recorded fact, so palpably absurd, that every free unbiased soul is forced to raise the standard of revolt.

I enjoy the Bible a lot more now that I don’t believe in it. I love the poetry, the irony, the drama, and the humor.
When you can see that the prophetic books are a genre onto their own (like westerns or vampire romance!) then you can look for tropes and patterns and then can look for ways that the author plays on or subverts those patterns. It can also help you see that the book of Jonah as a total satire and parody of the prophetic genre, which makes it a hilarious book.

When you stop bending over backwards to make the four Gospels fit into one cohesive narrative, you can start appreciating and understanding what the different authors were trying to convey with the different ways they told their story.

I might be wrong on this, but I feel that even if you believe that the Bible is literally true and divinely dictated, you can still appreciate what the Bible can tell you when it is just viewed as a story; as a myth.

Joseph Campbell once exhorted us to “read other people’s myths, not those of your own religion, because you tend to interpret your own religion in terms of facts—but if you read the other ones, you begin to get the message. Myth helps you to put your mind in touch with this experience of being alive.”
The Bible has been so embattled for so long, that it is easy for us to lose sight of some beautiful things inside it. There are some ugly things in it too, a lot of ugly things, but even they can be informative and challenging.
I challenge you this week, regardless of what you believe about the book, to read the Bible like you are reading someone else’s mythology. To revisit it with fresh eyes. Think of the stories cinematically. Place yourself in those positions. Read it like you are reading a novel. What will you learn? Will it help you connect to the experience of being alive?
I don't know. But I feel confident in saying it will at least be better than the new Despicable Me movie.
Email Post
Labels: apologetics Bible Christianity culture doubt Faith intellectual honesty Questioning